ONE YEAR ago today I auditioned in New York for the London Contemporary Dance School MA program. I applied for the EDge company and DAP program. It was one of the longest auditions of my life, running from 11AM to 6:30PM with two 15-min (or less) breaks. (I’d never been so happy to have more than one protein bar in my bag.) I went to that audition sick as a dog but pumping with adrenaline and I left that audition just as sick and zero adrenaline! I danced my very best at that audition and left it all on the floor, but my interview lasted 5 minutes. 5 MINUTES!! That was it, I was asked 4 questions and I was done in 5 minutes. The two people who went in before me took between 15 and 20 minutes, while it took me about 1/4 of that time. I just knew I had tanked the interview and I wasn’t going to get the “you’ve been accepted” call/email. I just knew it. The plane ride back was so unsettling, I got back to Atlanta still feeling ill and now more iffy about my future. The next three and a half weeks were awful (I mean not really because I almost forgot about it thanks to my busy work and dance schedule) but it still felt like a long time. At the audition we’d had been told that we wouldn’t find out for 6 weeks because there was an audition in London with over 100 participants and only 14 spots available. The odds were so far from my favor that I pushed it out of my mind.

When that email came in everything changed and I remember receiving the email like it happened yesterday. I was standing in the middle of a classroom, cleaning up from the class I’d just taught, and talking to a teacher. I felt my wrist vibrate and saw (on my fancy watch) that it was an email from Jeanne Yasko, the director of the EDge company. Now this next part is a bit of a blur because I remember the teacher still talking, but I have no idea what was said or how I got my phone or where my phone was for that matter. All I know is, I had my phone in my hand and I was trying desperately to open the email. I only saw the subject of, “EDge offer,” and I was freaking out. I started mumbling, “I may have just gotten into grad school,” over and over again until the email fully loaded. It felt like an eternity for that email to load. (Now I have a Comcast/Xfinity email account, and I downloaded their mail app because well why wouldn’t I. They may be ‘leading’ the States in the cable/internet business, but their mail app is AWFUL! It’s one of the slowest apps I have on my phone that still gets updated regularly. It’s just the pits of mailing apps and I use the Mail app that comes standard on my phone.) When the email finally popped up, I only read the first sentence before I started screaming and jumping up and down. “I am now able to inform you of the audition results and it is my pleasure to offer you a place in EDge.” (Do you remember I said I was standing in the middle of a classroom? My place of work?) I was in shock! I told the teacher that I had just been accepted into grad school and even after saying it out loud, it didn’t feel real.

Now fast forward one year, I am currently dancing in London working with the 4th and final choreographer of the program. The dream that I always spoke about and always said would happen, is happening in front of my eyes. I am living in a foreign country dancing and furthering my education. (I know I say this a lot but it’s still surreal to me.) Sorry to drag that on, but you know the saying that, “So much can change in a year,” well I never thought it was that life changing until now!

Okay, I’m not going harp on that anymore and move on to the good stuff! (Updates about what’s been going on.) We are currently on the last full week with Athina Valha, a Greek choreographer that’s currently based in South Africa (as professor at Rhodes University). It has been a very physical 3 weeks thanks to her style of movement and the fact that we have been tackling each other. (Yes, you read that correctly. We spent a few days tackling each other to the ground. There was some protective padding involved, but not much.) It has been a very eye opening experience to push my body to the limit athletically. It’s a completely different physicality when going from a predominantly ballet company to being in a company where everything is allowed. It’s a lot of fun, but loads of hard work.

The tour has been announced and is constantly being updated! (Click the word ‘tour’ to check it out). As of right now we are confirmed to go to:

Make sure you check the website for updates, because there is more. Okay that’s all the information I have to give and I feel like I have possibly written too much in this post. If you’ve read this far, I just want to say thank you for taking the time and thank you for following my journey! 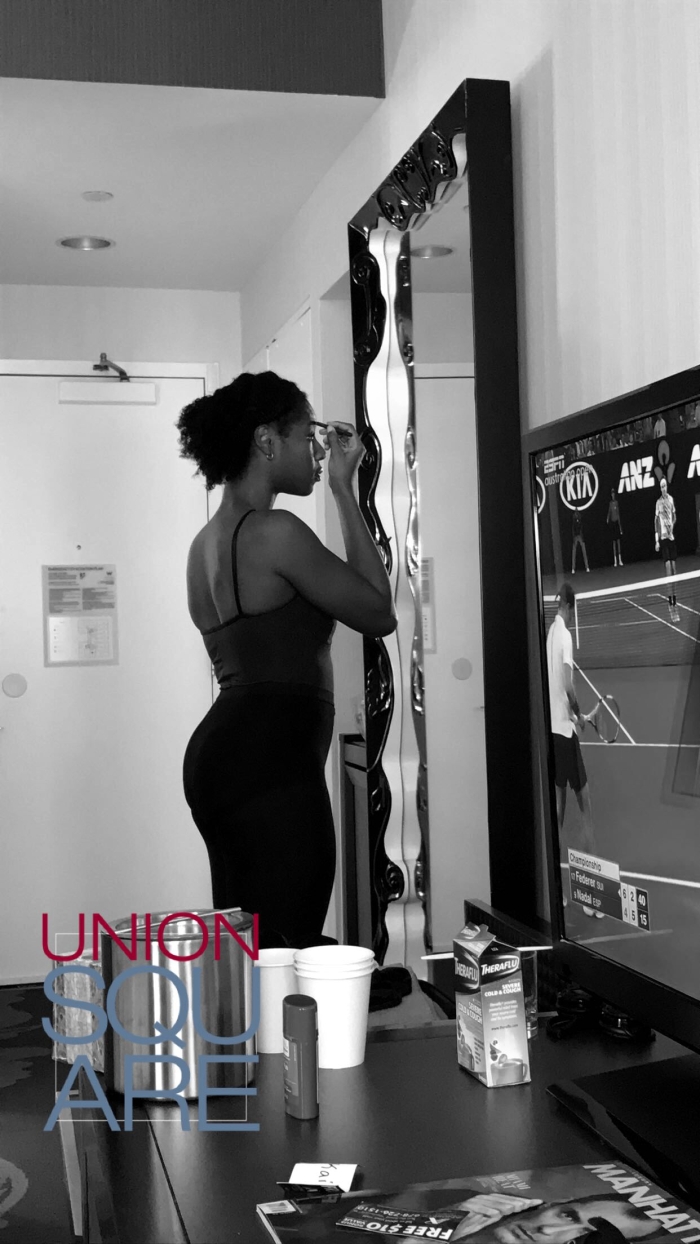 This is the only photo from the audition day.

View all posts by tointn

2 thoughts on “My, how things have changed…”